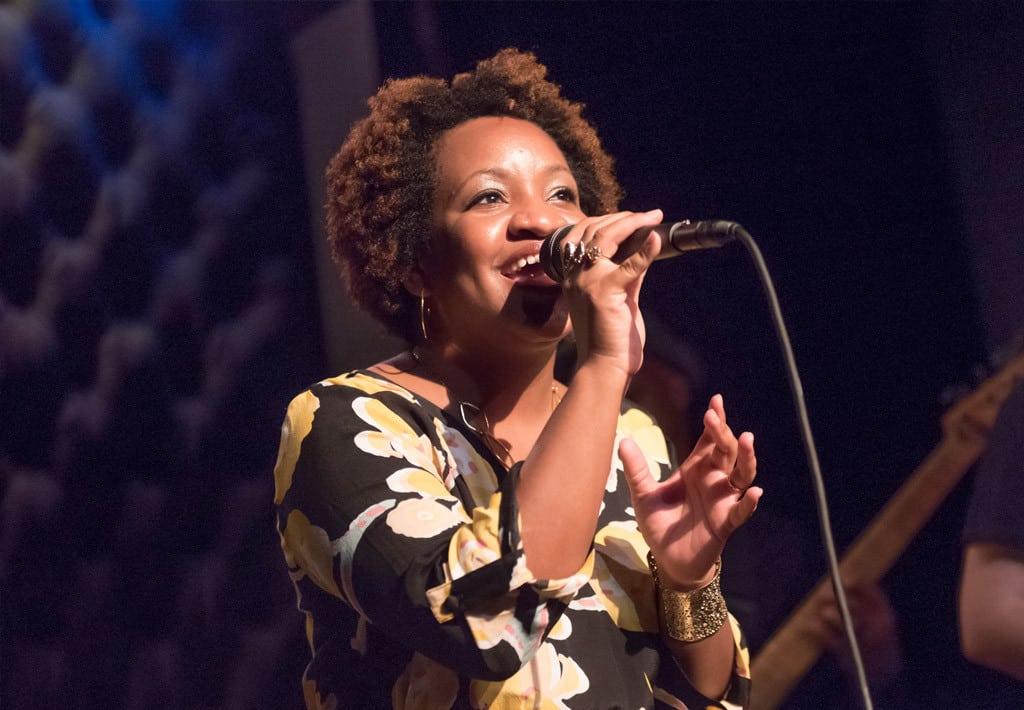 Nicknamed “the little woman with the big voice,” vocalist, songwriter, and bandleader Akina Adderley was born into a legacy of music.

You could say that her father, Nat Adderley, Jr. (jazz pianist and former bandleader for Luther Vandross), grandfather and granduncle (renowned jazz musicians Nat Adderley and Julian “Cannonball” Adderley) planted the seed of song in her soul, yet her sound and style are completely her own. Her music crosses genre boundaries effortlessly, but whether she’s performing jazz, rock, or sweet soul music, you will be moved by what the Austin American Statesman calls her “rich, emotive pipes” and impacted by her songs with their infectious grooves and incisive lyrics.

Akina’s roots are in New York City (with a dash of LA for good measure), but she has found a home in the rich music scene of Austin, with its collaborative spirit and world-class musicians. Since moving to Austin, Akina has shared bills with the likes of Booker T., Budos Band, Nakia, Bob Schneider, Gary Clark, Jr., Alejandro Escovedo, Pinetop Perkins, Carolyn Wonderland, and Big Sam’s Funky Nation, and she has sung backing vocals on the albums of Charlie Mars and Gregg Rolie (of Santana and Journey).

Akina has performed all over Austin at venues as massive as ACL Live and Stubb’s and as intimate as Cactus Cafe, and has been equally comfortable sharing a set at a little landmark club and busting out a ferociously vibrant show in front of a crowd of thousands. Akina has made Austin her musical home, but she has taken her music all over Texas and to Los Angeles, New York, and throughout the south. She has produced two albums and toured extensively with her 9-piece soul band, Akina Adderley & The Vintage Playboys. She is currently revving up with an exciting new soul/jazz quintet, Akina Adderley and the Upper East Side, and most recently, she released a gorgeous new album—World Anew—with jazz/folk/world outfit, Nori.

Akina overflows with a passion for music, so it’s no surprise that she doesn’t stop at performing and writing. In addition to being a musician, Akina counts Educator as one of her titles. She strives to foster this passion in young people as teacher and Music Director at Griffin School, instructor and band coach at Girls Rock Camp, conductor for the Adderley Repertory Theatre Ensemble, and private voice instructor.