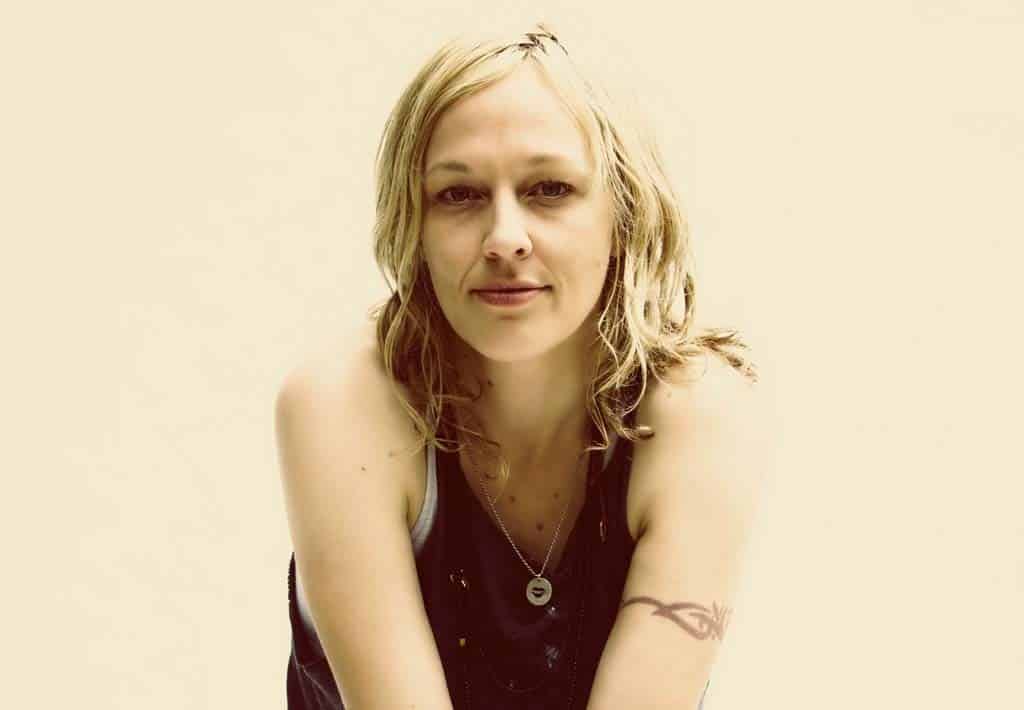 I write songs and I sing them. I’ve been doing this as long as I can remember. My dad had these huge speakers and he would always brag that they could blow out a candle! So he would flip through the vinyl records and pull out Bridge Over Troubled Water and by the time that Silver Girl went sailing, that candle really was blowing. I always liked the way that songs marked an occasion, or a moment, or a feeling. As I became a troubled and confused teenager I found comfort in the lyrics of my favorite songwriters. It was a strong connection for me. I often think about it when I’m down and wondering what I’m doing this for. I think of those songs that moved me and the left-of-center artists that were my teachers and prophets and heroes as a kid (and still are). Those are the kind of songs I want to write. Those are the kind of shows I want to play. The ones that connect with people.

It’s not easy to fuse a connection between the heartstrings and the hipbone, to bridge the emotional intensity of a singer-songwriter and the effortless swagger of a born rocker. But that’s exactly what California-bred, Austin-based Amy Cook has been doing for more than a decade – winning over fans with tunes that not only connect, but also attach themselves to the very heart of pleasure.

On Summer Skin (Roothouse Records/Thirty Tigers), her latest album, Cook explores both sides of that personality, with the assistance of a remarkable group of musicians: Bassist Me’Shell N’Degeocello, guitarists David Garza and Chris Bruce, and Jonathan Wilson on drums, as well as guests Ben Kweller, Patty Griffin and Robert Plant (who adds instantly recognizable harmonies to the gently atmospheric “It’s Gonna Rain”).

Plant, who also appears with Griffin on the moodily rumbling “Airplane Driver,” fits in quite nicely while not taking over, to Amy’s credit. From the slowly building rocker “Sun Setting Backwards” to the choppy waters that churn beneath the plangent “Break Your Fall” and the placid landscapes of “Hello Bunny” (a sweet waltz inspired by a real -life encounter with a field of the critters), Amy Cook moves with simultaneous grace and force through an album that depicts her evolution as an artist and a human. She has arrived.

“This is the happiest I’ve been with anything I’ve ever recorded, which is funny, because in a way, it was the easiest thing I’ve done,” she says. “Well, easy might not be the right word, but maybe ‘natural.’ I was working with people who were really able to get into my mind and help me let go of my expectations – instead of worrying ‘is this gonna rock hard enough or be rootsy enough or be smart enough?’”

Part of the credit for that attitude shift is due to producer Craig Street – perhaps best known for his work on Norah Jones’s multi-platinum debut, Come Away With Me. But, Cook herself is really responsible for that sea change. This time around, she found a way to unshackle her natural rock and roll spirit, recalling Chrissie Hynde one moment and Jeff Buckley the next.

Amy Cook came to music early in life. As an only child growing up in San Jose, California, she says, “I got really used to being in my own world a lot of the time, and I ended up listening to a lot of music in my room. I loved new wave pop but I also raided my mom and dad’s record collection a lot, so I heard plenty of ‘60s and ‘70s singer-songwriter music. Mostly, I’ve always been drawn to things that grab me with a melody, whether it’s rock or pop or folk.”

Early on in her career, Amy found a home in L.A.’s legendary Hotel Café – a venue that gave her a solid home base to operate from. “I started playing there when it was still just a coffee shop,” she recalls. “It was, and is, such a nice community and such a sweet group of people.”

Working in Los Angeles helped her gain the sort of visibility that landed her songs in such TV shows as Dawson’s Creek, Veronica Mars, Laguna Beach and The L Word. Restless, in 2005, she loaded up the truck and moved to Texas. In the process, she managed to reconcile those two seemingly disparate settings – the home of the sunny pop hook and the hardscrabble back roads that spawn rough hewn roots rock – and to craft a sound that’s all her own.

The elements of rock and pop and folk, along with a goodly dose of ether, found their way into both The Sky Observer’s Guide and the homemade Bunkhouse Recordings — which Michael Corcoran described by saying “The big sky of stars and fireflies is made for music like this.” Appropriate, given the fact that she spent plenty of the time at the time out in the high desert of west Texas, where a thriving artistic community lies nestled in some of the state’s most beautiful territory.

“I initially came out just to visit, but it became pretty clear to me that this was the place I really belonged,” says Cook, who quickly found a crew of willing musical partners finally in Austin. “It just seemed like people dropped by the house to play music and have fun regardless of what might come of it. That’s the sort of atmosphere that generates the best art of any kind, I think.”

The legendary rocker and troubadour Alejandro Escovedo was one of the early fans Cook made in Austin, and she soon joined him on the road for the better part of a year. That mentorship resulted in 2010’s Let the Light In, the first and only record Escovedo has produced to date.

Let the Light In featured the well-received “Hotel Lights,” and generated the most heat of any of Cook’s releases to date, earning her stints opening for the Heartless Bastards and Escovedo himself, and winning praise and plaudits from outlets like Rolling Stone (which referred to her as “a dustier, brassier Deborah Harry”) and The Austinist (which hailed it as “Chock-full of beautiful folk-pop songs marked by personal tales and intimate lyrics…”)

Summer Skin marks a quantum leap for Cook, who’s built a dedicated following through years of steady gigging — from coffeehouses to rock clubs, from festival stages to theatres, she finds herself equally at home.

“I think we really captured something special on this album,” she says. “And the key is that I think it’s really universal. You can write for yourself, write things that are very obscure and that’s fine, but it’s really important to me to connect with people, to create a connection – and I think we’ve really done that here.”