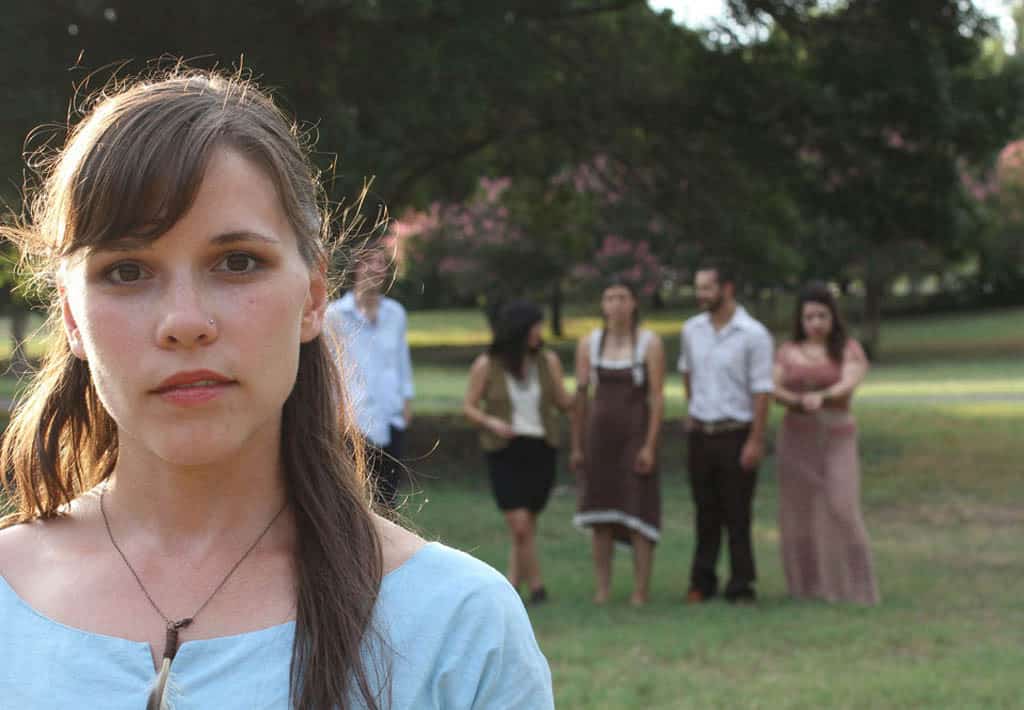 Dana Falconberry suffuses the majesty of nature in the orchestral pop-folk she elegantly crafts in Leelanau, her inaugural release for Oakland’ Antenna Farm Records. Citing influences ranging from the prints of artist Gwen Frostic, the books of Willa Cather, and the stark, childs-eye beauty of the Swedish film Let The Right One In, Falconberry finds lyrical inspiration in her idyllic childhood retreats to the Great Lakes State’s Leelanau peninsula. The result is a set of eloquent verse reflecting upon the region to which she has returned almost every summer since she was born.

Being born and raised in Michigan, Dana moved to Austin, TX several years ago. She is thriving musically in her new hometown, heralded by the Austin Chronicle as one of the city’s “most arresting female vocalists” and in 2011 she starred in the critically-lauded documentary on the Austin music scene, Echotone, a New York Times Critics’ Pick. In addition to her solo work, Dana has worked extensively with her contemporaries, frequently collaborating with Matt Bauer (Brooklyn) and most recently providing backing vocals for the Heartless Bastards (Austin) for some of their 2012 tour dates. She has shared stages with Okkervil River, Shearwater, Megafaun, Father John Misty and Dr. Dog, captivating audiences with her powerful live shows. In addition to extensive tours through the US, Europe, and Japan, Dana has recorded two Daytotter sessions and a Laundromatinee session for My Old Kentucky Blog.

For Leelanau, Falconberry was determined to push herself as a songwriter while staying true to the sound and aesthetic that had earned her a growing fan base in Austin and beyond. While previous recordings emphasized the sparse and delicate, on Leelanau, Dana’s fairy-like voice is bolstered by the exquisite orchestration of a six-piece band (Gina Dvorak, Karla Manzur, Matthew Shepherd, Christopher Cox, Lindsey Verrill) who are central to the bountiful soundscapes Falconberry creates. The newly developed string arrangements (arranged by bandmember Cox and performed by Austin’s Tosca String Quartet) match the growth in Falconberry’s songwriting approach. Leelanau was recorded by Grant Johnson, mixed by Danny Reisch (of Shearwater), and produced by Johnson, Cox, and Falconberry.