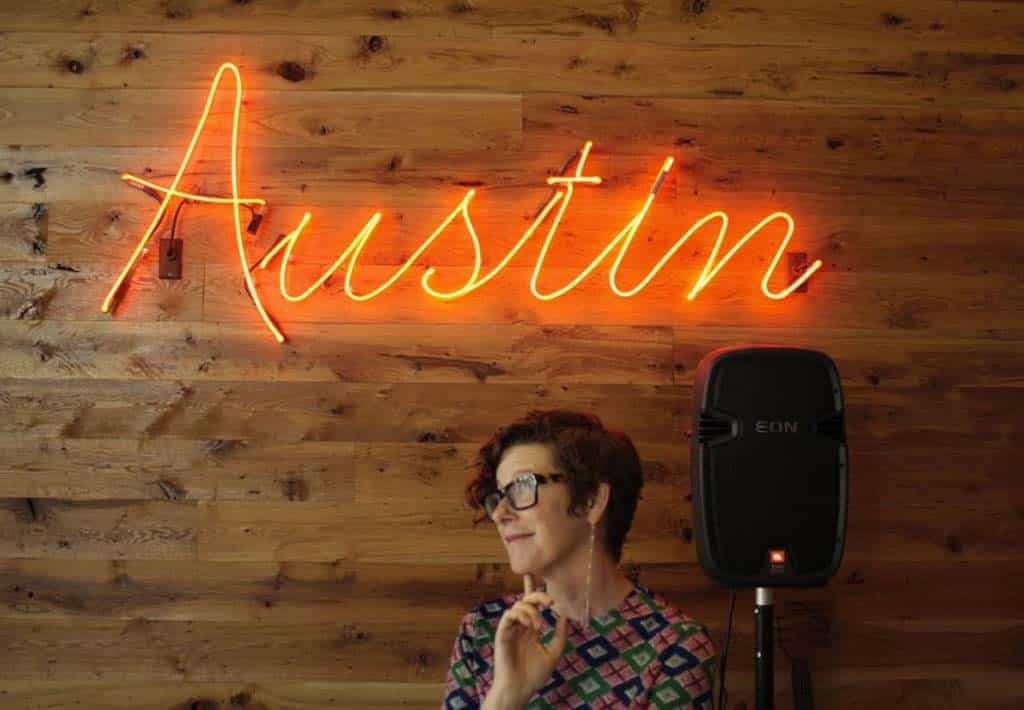 When I was 22 years old I decided that I wanted to be a musician for a living. And so I moved to Austin. When I arrived here I was immediately welcomed into a community of musicians who taught me everything I now know about performing, songwriting and running a band. Many of the people I met in my first months in Austin, and played my first shows with, are still my closest and dearest friends.

In 2003 I released my first record under the name Elizabeth McQueen and the Firebrands, “The Fresh Up Club,” and followed it up in 2005 with “Happy Doing What We’re Doing,” both of which were well received locally, nationally and internationally.

In 2005, I had the honor of being asked to join Asleep at the Wheel. For the next eight and a half years I traveled over a million miles in 20 countries and played over a thousand gigs with the band. I sang a duet with Willie Nelson on a record that was nominated for a Grammy. I sang harmony vocals for Merle Haggard; and I watched Ray Benson deliver the goods every night, while working harder than anyone I’ve ever met — musician or not.

During this time I also got to travel the world playing music in a very special way: first with my husband, (Wheel drummer David Sanger) and later with him and my two kids. It was amazing. But like everything in life, it had an endpoint.

In January 2014, I left Asleep at the Wheel and immediately released “The Laziest Remix,” an EP of remixes of songs from my 2012 jazz record, “The Laziest Girl in Town.” It was a collaboration with my friends from St. Louis, Brothers Lazaroff. I love that EP and loved working with Brothers Lazaroff, but I quickly learned that moving forward with a band that lives 800 miles away was not sustainable.

When I considered what my next steps would be in forming a new band, I went back to those people I had met when I first moved to town. The people who had taught me how to be a real musician and who knew me better than anyone else. I wanted to start a band with my best friends, which is how I formed both the EMQ, my electronic project, and the Elizabeth McQueen Trio, my jazz project. The members of both groups are the same: Lauren Gurgiolo, who is known for her work with Okervill River plays guitar and Lindsay Greene, former bassist for Paula Nelson and Seth Walker, plays Moog and MicroKORG in the electronic project and upright bass in the jazz trio.

Lately, I’ve been exploring a broader musical landscape that I’m used to. For years I played some form of American roots music, whether it was country with the Firebrands, western swing with the Wheel or jazz with my solo project. With the Brothers Lazaroff collaboration and now EMQ, I’ve begun to incorporate non-roots sounds into my music. EMQ uses a drum machine rather than a live drummer. Lauren creates soundscapes, loops and experimental noise with her guitar work, and Lindsay’s use of analog synths recall the late 20th century pop music. Thematically, I’ve taken a more personal turn, trying to explore where I am, and where I feel many of us are at this stage in our lives — dealing with the realities of a life filled with commitments.