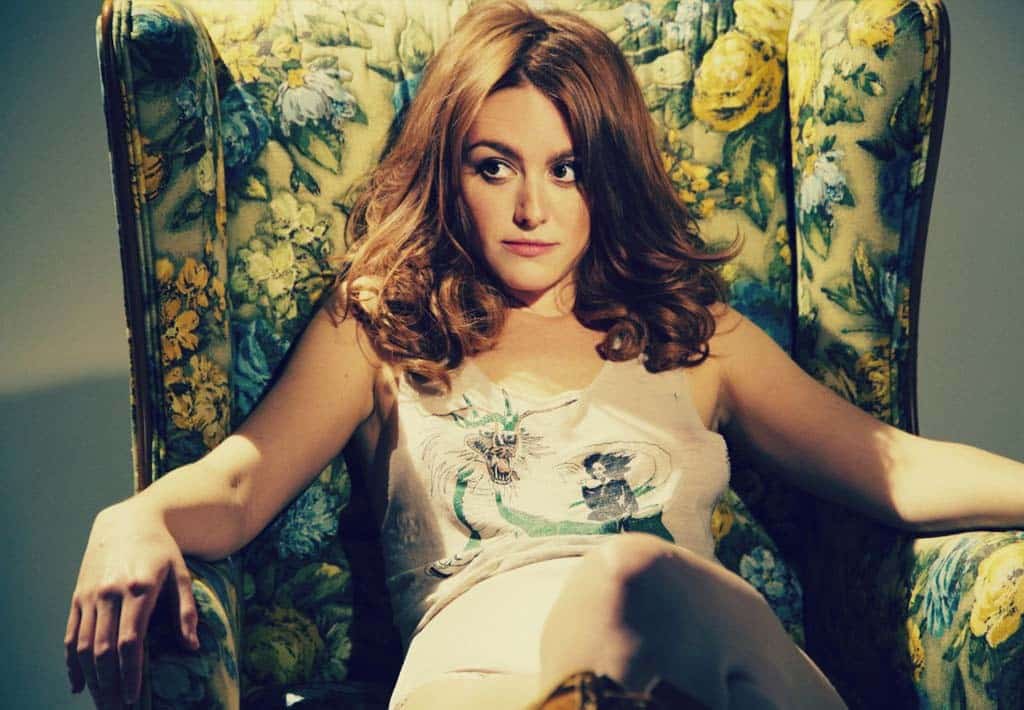 Growing up, the stage was simply the place that I felt most at home. I quickly learned at a young age that it was also something you must earn. You can’t just walk onto a stage, throw your bags on the ground and say “I’m here! Where’s dinner!?”. So, the challenge and the work became as much a part of me, perhaps even the better part, as the result. Musical theater was my first love. Learning to play the instruments, to sing it, to act it, to live it on stage. It took me many places- from my small home town in College Station, Texas to earning a spot as a musical theater major at the high school for performing and visual arts (HSPVA) in Houston, Texas, to studying theater in New York, which, while there, also landed me in my first recording studio at 17.

I’m named after Emily Dickinson, who is an actual distant relative. When I was younger and beginning to write poetry and songs, I would imagine her as I wrote. I would put myself in her secluded room in her family’s home, connecting with her loneliness. I was romanced by the idea that there was some kind of microscopic piece of her within me. Poetry and songwriting was something I kept very close and private for a long time. My daily life was immersed in music since I can remember, performing it, practicing it, listening to it. Writing it, to me, was the most sacred of all. I filled journal after journal (which has now become boxes and boxes in my writing room). Throughout my theater studies, the desire to pen my own path to the stage, my own songs, my own experience, became my one true passion. Writing music could no longer wait. Owning that, I left my theater days behind, and said goodbye to New York for the time being.

I moved back to Houston to get to work. I began by knocking on any door I could. I got a job bartending at the coolest and dirtiest live music venue I could find. I started my private studies of the bands that would play every night, and began working at any studio I could.

After a year of writing and recording, I gained the attention of a local record label, made my first real deal, and was sent off to L.A. to work as a songwriter in Raphael Saadiq’s studio, Blakeslee Recordings. Raphael is one of the more influential producers and songwriters in the soul and R&B world, and had been my favorite producer of soul artists for some time. At 20 years old, I found myself in his world. I worked with incredible artists, people who became my mentors and taught me not only about how to be a better songwriter but about professionalism on a whole new level. The studio was my life for a long time. I worked there for just under 4 years. I wrote countless songs. However, being under a contract that limited my creative control began to take it’s toll. I had to decide whether or not I was wiling to sacrifice a part of myself as an artist for what is often guised as fame and security. It is a problem many young girls in the industry encounter. I was not immune. With a heavy dose of reality, one contract severed but my integrity intact, I left to go off on my own. I had to create on my own terms if I ever wanted to have something of value and authenticity.

With my stuff in storage, and my life entering the unknown, I traveled India for 2 months. I put myself on the other side of the world, perhaps to gain perspective, to live without means, to discover something entirely new. I did.

Enter Austin- where, during my travels, it became glaringly clear I should go. Here, I set out to create what I wanted, with every bit of experience and lessons I had gained up until that point. I fell in love with a musician, John Evans. That was new. I found I had more inspiration in my life than ever before. Austin was instantly home.

So, for the next year, I wrote like crazy. I got a part time job bar tending, and sunk myself into the vibrant music scene. In 2011, I was ready to record my debut record. I decided to forgo the typical studio environment, and with John heading up the production of the record, and three incredible Austin musicians in tow, we enlisted our dear friend and Grammy Award winning engineer, Steve Christensen, to help us put up a make-shift studio and record in my aunt’s remote (and vacant) lake house in nowhere Texas. After over a month of no cell service, wifi or contact with the outside world, we had completed In Technicolor.

2012 arrived soon after we returned and in just a couple of months I had gathered a group of incredible live musicians who were crazy enough to start getting loud with me. That year, we did play loud, we played everywhere we could, and in May of 2013, we released the record.

It’s been a million things since then. Our single, Back to the Way I Was, did really well at national radio. It enabled us to take two tours, one in the Summer and the other in Fall. We played our first late night show with Artie Lang in NYC, played to crowds who knew the words to our songs in cities we had never been, worked our butts off, had a LOT of fun, played festivals. Back home, I was blown away to win Best New Artist at the Austin Music Awards. Most of this is due to the fact that Austin nurtures creativity. They enabled me to do so. They take care of their musicians. I feel great. And they encourage originality.

So – I tell you all of this because to explain why I make the kind of music I do, is to explain where life has taken me, and what kind of perspective it has given me. I write because I have always heard music in my head. I have something to write because I’m alive. I have loved the flamboyancy of the theater, the excitement of rock and roll, and the many colors of soul. My next record, which I am currently working on, will be entirely new and different. It will be the best thing I’ve ever done. It will be, because I am now different. I’ve lived more than I ever have right at this moment. And that’s amazing to me. And I can’t wait to record it.