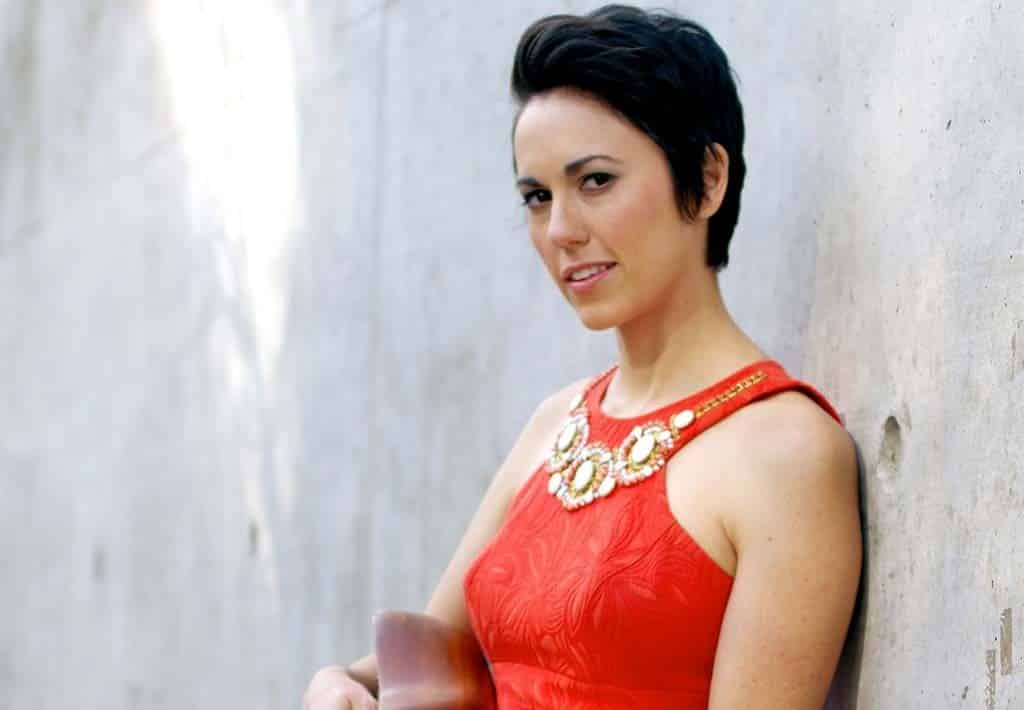 Gina Chavez is a bilingual Latin-folk singer/songwriter who blends the sounds of the Americas with tension and grace. Her latest independent release, Up.Rooted, is a passionate collection of bilingual songs traversing cumbia, bossa nova, vintage pop, reggaeton, and folk combined with dynamic vocals and sharp social commentary.

The album won the praise of National Public Radio (NPR), USA Today, and The Boston Globe, and topped the iTunes and Amazon Latin charts after a feature on NPR’s All Things Considered. She is the 2014 John Lennon Songwriting Contest (JLSC) Grand Prize Winner for her song “Siete-D,” a rock-cumbia-rap mix that explores the delights and dangers of El Salvador from a window on the 7-D, the bus route she rode as a volunteer there in 2010.

Backed by a six-piece band, Chavez has claimed a prominent stake in the Live Music Capital. An eight-time Austin Music Award winner, Chavez and her band swept the 2015 awards, winning Musician of the Year, Album of the Year (Up.Rooted), Song of the Year (“Siete-D”), Best Latin Band, and the Esme Barrera Award for Music Activism and Education, while placing in six other categories. They have shared the stage with Grace Potter, Grammy winners La Santa Cecilia, Latin Grammy winner Gaby Moreno, Mexico’s Carla Morrison, Argentina’s Federico Aubele, Las Cafeteras from L.A., and Austin’s own Grupo Fantasma. In 2013, they performed for Latin rockstar Juanes as one of nine bands nationwide selected for the Dewaristas contest.

Chavez is currently promoting the June 2015 release of the official music video for “Siete-D.” The video – filmed last October in El Salvador — follows Chavez on an exciting cross-country journey to reunite with her former students — young women she considers her Salvadoran sisters and four of whom are able to attend college on scholarships from Niñas Arriba, a college fund co-founded by Chavez and her partner, Jodi Granado, since their volunteer year in 2010. Southern Living and Olay named Chavez one of 11 “southern iconic women who have left a beautiful footprint across the South,” for her continued work in El Salvador.

Up.Rooted is available worldwide on iTunes, Amazon, Spotify. Physical copies are available at Waterloo Records in Austin, TX and online at CD Baby.