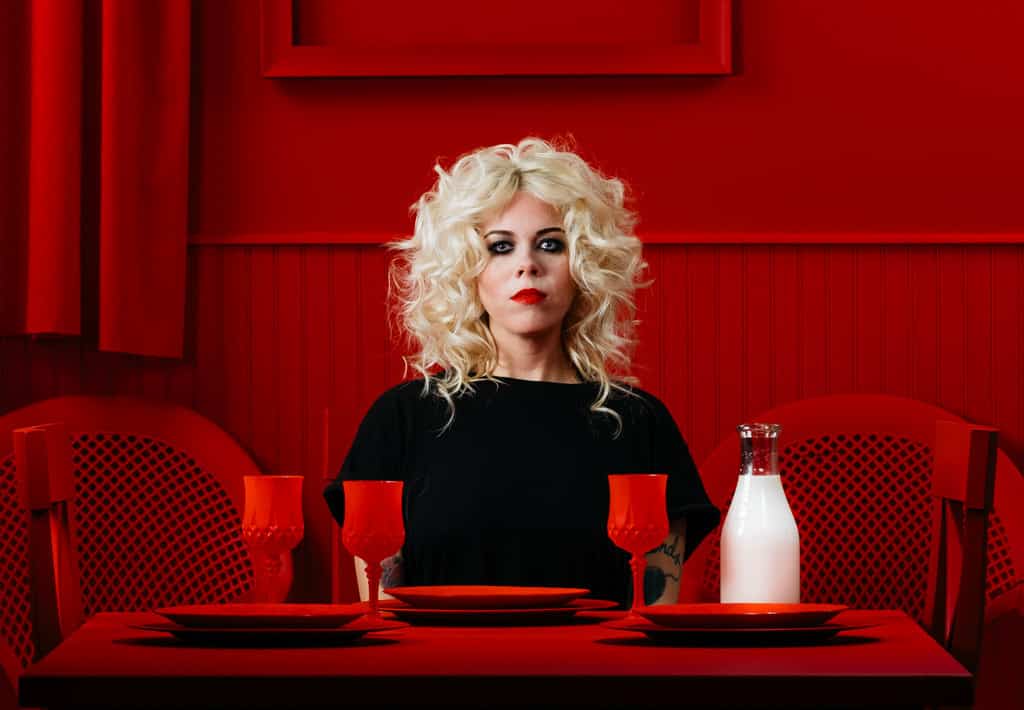 Jaimee Harris is poised to become the next queen of Americana-Folk, a slightly edgier Emmylou Harris for the younger generation.

Her new album draws comparisons to Patty Griffin, Ryan Adams, and Kathleen Edwards – all writers who know how to craft a heartbreakingly beautiful song with just enough grit to keep you enthralled. Harris writes about the basic human experience, in a way that is simple, poetic, and often painfully relatable.

“You keep comin over… I keep goin under…”

Harris isn’t afraid to get personal, but her vulnerability never veers into the self-indulgent. Each little confessional gem she puts out there is something the listener will connect to; these are things we’ve all felt, though many of us are less than likely to admit them.

“In a depressive state… how long will I feel this way?”

Harris’s songs have a depth to them, and her lyrics betray a wisdom beyond her years. “I write as a way of dealing with things,” she says. “There’s also a lot of acknowledging my own faults. These songs feel pretty vulnerable… to the point where I wonder if people are going to ask me ‘Are you okay?’ But I really just hope they see a little bit of themselves in the songs and find something they can connect to.”

Jaimee grew up in Waco, TX, a child to young parents, high school sweethearts. When she was five years old, her father noticed that she had taken an interest in music, and got her a guitar for Christmas. Soon after, she discovered Emmylou Harris and Fleetwood Mac, and before long, the kid was hooked. Harris’s father took her down to Austin for the first ever Austin City Limits Festival, and there she saw Emmylou, Buddy & Julie Miller, and Patty Griffin all perform live. Her father had only brought enough extra money to pay for a hotel in Austin that evening, but when he saw how much Jaimee wanted those CDs in the merch tent, he ponied up the cash and drove all the way back to Waco late that night.

Harris grew up, as kids do, and moved to Austin in 2009. She intended to throw herself into the local music scene, playing shows and singing songs late into the night at friend’s houses, but she fell into a hard-partying crowd, and soon enough, things started to fall apart.

“After I got arrested for the second time, I knew I needed to get sober,” says Harris. “By that point, I knew I was really on my own… everyone close to me had stopped enabling me. I knew I had to get myself together in order to stand on my own feet.”

Once she was able to clean up her act, Harris says, everything just seemed easier. That’s when she began writing the songs that would make up her debut record, including “Snow White Knuckles” which chronicles her path to sobriety. It’s also when she started meeting the musicians who would soon join her live band, and the artists, including people like BettySoo and Jimmy LaFave, who would be become her creative mentors.

“I am especially impressed with some of the new songwriters that have hit town in the last few years, like my new favorite Jaimee Harris,” commented LaFave. And he’s not the only one who was impressed. Peter Blackstock of the Austin-American Statesman has called Harris “one of Austin’s most promising young singer-songwriters.” And all this before she even released her first record.

Harris’s talent is undeniable. But what sets her apart more than anything is her admittedly “obsessive” love of music. “Jaimee is, deep down, a true music fan; she is passionate about consuming as much great music as she can,” says BettySoo. “Jaimee is known among our circle of friends for attending more shows than seems humanly possible, and she’s not doing it out of FOMO or to be ‘seen on the scene.’ She goes because she’s a fan.”

“Music is my whole life,” says Harris, “If I’m not writing or playing, I’m going to see a band, or reading a book about Woody Guthrie. I live in a city where I can walk in and see an amazing show like James McMurtry practically for free, every week. I only made it through one semester of college, but being around these amazing songwriters here in Austin… It’s like getting an education.”