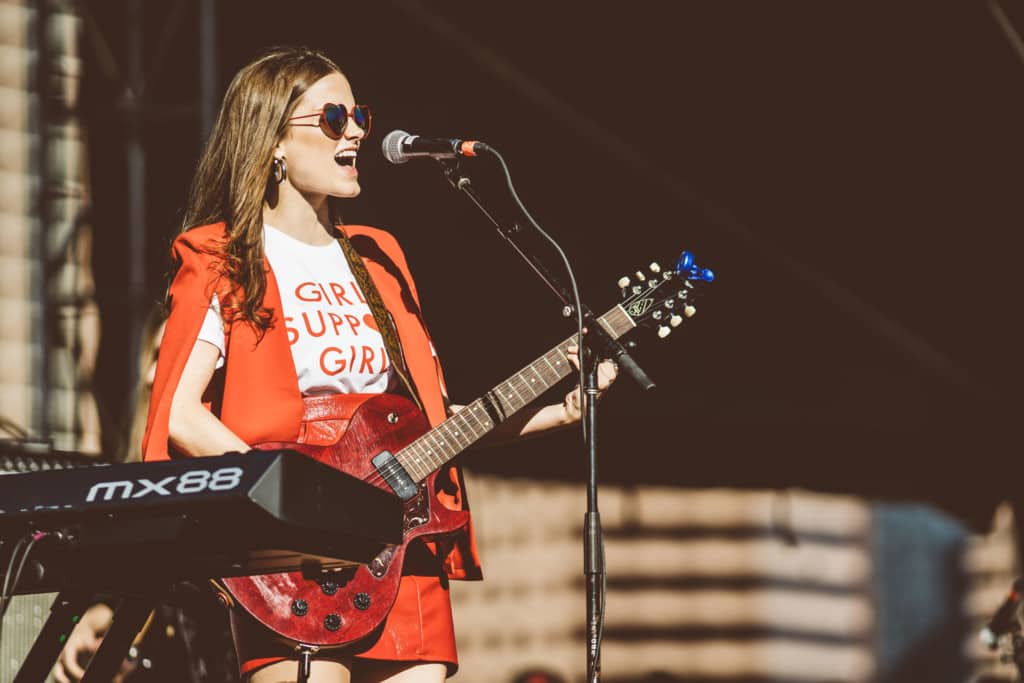 Jane Ellen Bryant is a name that audiences in the Live Music Capital of the World can no longer ignore. It’ll soon be one that music lovers worldwide know and adore. Like her many of her musical idols (take Sheryl Crow, Bonnie Raitt, or Sara Bareilles for example), Bryant has a unique voice and distinguishable songwriting style that instantly sets her apart. Her music feels familiar and yet fresh. This dynamic sound has often been described as “heartbreaking rock-n-roll.” The lyrics speak directly to your soul, the musical “hooks” leave you humming, and her rare vocal control will either have you rocking a head bang, or wiping away a tear. Her passionate performances continuously leave listeners begging to know more.

Bryant has made quite a name for herself in the few years since she moved back to her hometown of Austin, TX. This year has already shaped into being her biggest yet. In February, Bryant released her smash, pop single, “All in My Head,” followed by a sold-out show at Austin’s favorite, C-Boy’s Heart and Soul. In March, she was an official SXSW showcasing artist with a long list of impressive shows, including one for Pandora. In the midst of the SXSW madness, Bryant won “Best New Band” and “Best Female Vocalist” at the Austin Music Awards. In April, the beloved Texas songwriter, Jimmy LaFave, requested that she and Jaimee Harris (friend and favorite local artist) record vocals on his last album. Singing with and spending time with Jimmy before he lost his courageous battle to cancer was one of the greatest honors Jane has ever known. Now, she and Harris are looking ahead and taking the show on the road. Their first adventure will be touring throughout the West Coast in June.

Jane Ellen Bryant is a 2017 small grant recipient & 2018 Black Fret nominee. She is also one of the seven local bands included in the Austin Music Foundation’s artist development program that expands over seven months.

Despite all of the recent accolades, Bryant insists that she is just getting started. She and her producer, Chris “Frenchie” Smith (best known for working with The Toadies, Jet, and Santana), have many tricks up their sleeves that the world has yet to hear. This rare musical collaboration began after Frenchie saw Jane perform with Ian Moore and Max Frost at the ALL-ATX show at the Moody Theatre back in 2015. Their first project together was the Twenties EP that released in July of 2016. After Paste Magazine premiered the hilarious music video (directed by Jordan Haro) for the title track, the spark was ignited. People couldn’t help but pay attention to this electric, young artist.

Bryant was named “Artist of the Month” by both Austin Monthly and the Austin Music Foundation after her release last summer. She received prominent attention from many local outlets, including The Austin Chronicle, Austin Woman Magazine, and KUTX. People wondered who this “new rock and roll” girl in town was, but really, Bryant had been working at this for a long time.

After graduating with a vocal performance degree from Belmont University (Nashville, TN) in 2013, Bryant released her Americana album, Hourglass, which debuted at #11 on the iTunes singer/songwriter chart. It went on to receive rave reviews nationally, and American Songwriter debuted the title track music video. Hundreds of thousands of streams and downloads have been accounted for ever since. Jane has shared the stage with legends such as Ian McLagan and Alejandro Esconvedo, opened for Texas favorites like Joe Ely and Bob Schneider, and even toured as a band member of ATX’s up and comer Max Frost, while he was on the road with Fitz and the Tantrums. Jane also appeared in the bonus features of the Road to Austin documentary, singing and performing Stephen Bruton’s song, “Make That Call,” with world class musicians such as David Grissom and Cindy Cashdollar. The song has been dominating local airwaves ever since.

After the impressive few years Jane Ellen Bryant has had, one can only imagine what the next one will have in store. Be sure to listen to her music, follow her online, come out to see a show, and stay tuned for her exciting journey ahead.