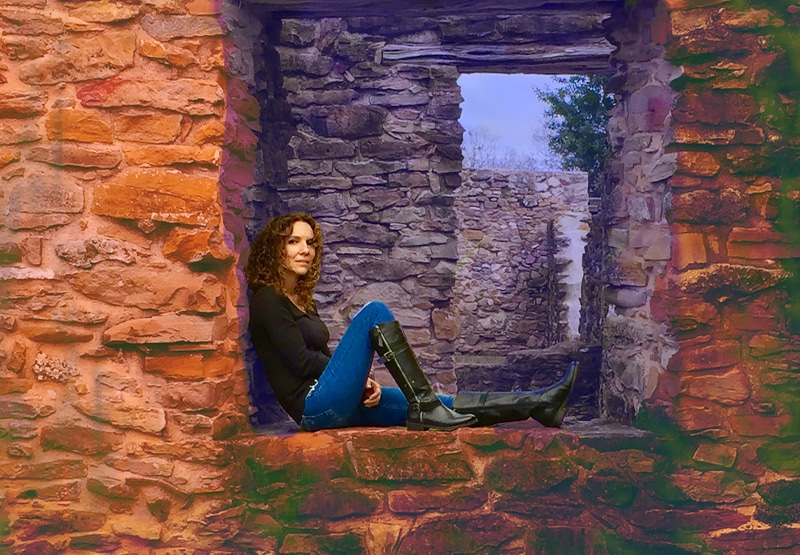 Singer-songwriter Lisa Morales draws from a creative palette informed by the rhythms, colors and flavors of the Southwest — from the painted-desert skies of her native Tucson, Arizona, where she and cousin Linda Ronstadt grew up.

Touring most of 2018-until Covid with Los Lonely Boys, Los Lobos, Lila Downs, Rodney Crowell, Morales continues to record and release music sung in English, Spanish and Spanglish, conveying the promise of new beginnings and confirming that she is a woman in touch with her emotions and inner power.

Lisa Morales’ cover of While My Guitar Gently Weeps released on August 2nd 2019 features long-time friend and inspiration David Hidalgo from Los Lobos and touring mate Henry Garza from Los Lonely Boys on guitars. It all begins with Morales’ arching vocal and classical guitar work augmented with acoustic fretwork from David Hidalgo and Austin string wiz David Pulkingham; and a creative mix by Tim Palmer. An uplifting remake of the Beatles favorite beams from Hidalgo and Garza’s weaving guitar soul and Morales’ nuanced vocal interpretation.
Morales released her Luna Negra and the Daughter of the Sun album in 2018 garnering this quote, “One of the most multifaceted artists to watch in 2018.” in Rolling Stone. Produced by Michael Ramos (the BoDeans, Patty Griffin) who plays accordion and keyboards the album also features guitarists’ Charlie Sexton (Bob Dylan), Adrian Quesada (Grupo Fantasma, Prince) and David Garza (Juliana Hatfield, Fiona Apple). Los Lonely Boys bassist Jojo Garza and Los Lobos drummer Cougar Estrada round out the core band. Both Garzas also provide backing vocals. On “Avalanche,” a standout duet with the late Jimmy LaFave. and on “Strong Enough,” folk icon Eliza Gilkyson helps lift up the inspiring anthem of female empowerment with backing vocals.

On the album’s sole cover, “Pena, Penita, Pena” Morales taps into the pain of losing her mother, whose poetic influence permeates every song — especially those Morales sings in her mother’s native language.

She is currently working on releasing a new album with David Garza as producer recorded at Sonic Ranch, where the merging of these two artists combining their talents should awaken their inner most souls. Lisa has a duet with Rodney Crowell, which they both penned, and other wonderful guest artists.

She also continues to work with her sister, Roberta, in Sisters Morales, who toured the world and made 7 albums together, with rumors of returning soon into the studio.

Together with her sister, Lisa created a 10 year + program for the Children at MD Anderson who couldn’t leave the hospital at Christmas. They would tap their famous friends to perform for children who never heard their names before and most often the comment from their friends was that is was the best gig they’d played ever.
The duo also started a Toys for Tots Benefit which included stocking up the food pantry in San Antonio, TX.
She has been a part of the Recording Academy for 5 years, including two terms as Vice President and has found her voice in serving the community through more reach out programs via the Recording Academy, certainly with Advocacy and Education; and including two projects this year, “Remote Controlled” with the P & E Wing and “Come Together”, a project raising awareness and funds for both MusiCares and NIVA.