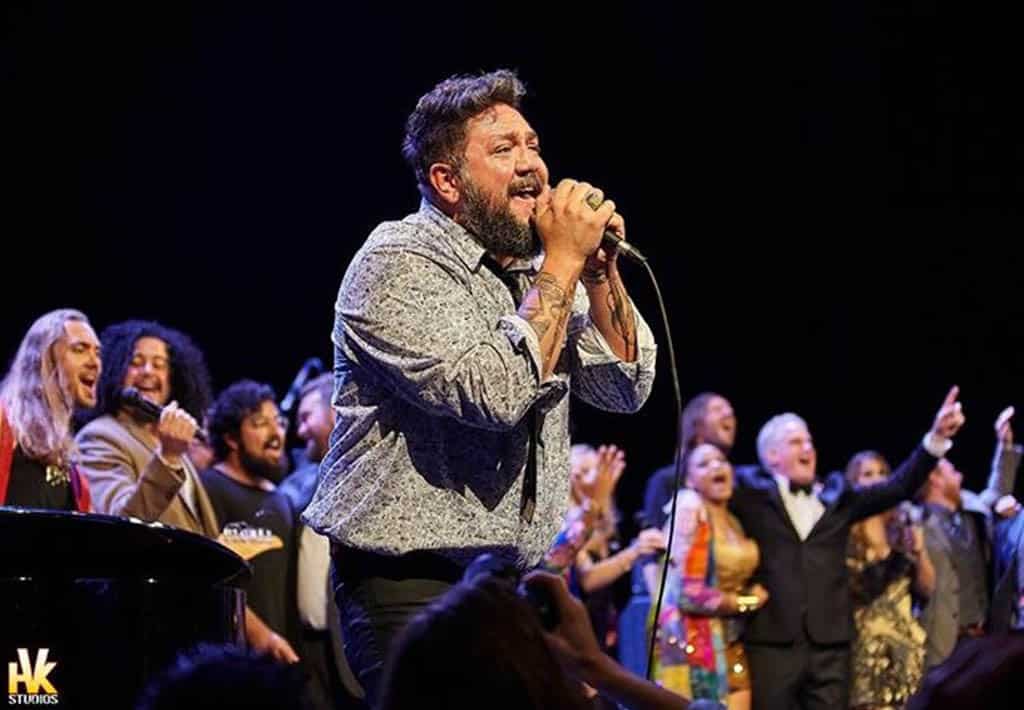 Austin-based, Alabama-raised singer/songwriter Nakia has a heart that beats to the rhythms of Muscle Shoals soul, pumping blood infused with Stax funk to cells lined with Chicago blues grooves. His vocal talent is the kind that instantly turns listeners into fans — among them CeeLo Green, who invited Nakia to sing on his Muppets Christmas special.

It’s the latest chapter in a musical journey that started in earnest when Nakia moved from Chicago to Austin in 2002. After a brief stint in the Small Stars, a tongue-in-cheek lounge act fronted by Fastball’s Miles Zuniga, he formed Nakia & His Southern Cousins, got booked to perform at the 2008 Austin City Limits Festival, and wound up singing with Sharon Jones & the Dap Kings. Alejandro Escovedo heard him at a Rolling Stones tribute, which led to him singing backup on Escovedo’s Street Songs of Love album, and to a second recommendation — this time by producer Tony Visconti — for Nakia to front his own Blues band. So he formed the Blues Grifters. A YouTube video of the band led to The Voice producer Mark Burnett recruiting him for the pilot, which resulted in his relationship with CeeLo.

And those are just some of the musical aspects of his career.

Among Nakia’s non-musical undertakings, he worked at an Apple store, modeled, and was a cavern guide, a show rider (yes, horseback), a record label promo guy (pushing John Mayer for Aware Records) and an actual missionary in Africa.

Along the way, he managed to overcome drug and alcohol addiction and growing up as a declared gay kid in the South. He gets to the core of his experiences, and how he moved beyond them and into a positive place on “Dream Big,” a bluesy mid-tempo ballad co-written with his friend Bleu. The EP’s title, Drown in the Crimson Tide, comes from a line in the song — it’s not just a reference to a certain Alabama football team.

“When you grow up in that area of the world, it is really easy to get drawn into your surroundings and your environment,” Nakia explains. “If you’re not careful, you’ll get sucked into that tide and you’ll drown. My aunt told me if I ever got a chance to leave, I should. She also said that one of the hardest things in life to do is to change your lot.”

Nakia has worked to do just that. In fact, as CeeLo listened to Tide, he told Nakia, “I am consistently impressed by the amount you’ve been able to accomplish on your own by just rubbing two pennies together.”

Networking hard in L.A., Nakia made connections that resulted in several fruitful collaborations. He co-wrote the funky “Pieces and Castles” and the EP’s big soul-stirrer, the ode to his life partner, “When I Found You,” with Goldberg. “Make Up With a Gun,” a getaway tale that might be at home in a Sergio Leone or Robert Rodriguez flick, was written with Disney hitmaker Archontis. Seefried (Fitz & the Tantrums) collaborated on the groove-filled “Tight.” Juno Award winner Brian West (Nelly Furtado, K’Naan and Bono) had a hand in the closer, the party-hard R&B-funk rave-up “Walking on a Slant.”

“It was really important for me to have this Otis Redding/Fabulous Thunderbirds/Doug Sahm vibe to this song,” Nakia says. “Then we added the horns, and it took it to this whole other level.”

Joe Sublett and Darrell Leonard, a.k.a. the Grammy-winning Texicali Horns, are heard in various spots on the EP, half of which was recorded at Schell’s home studio.

Nakia continues to work with A-list writers, including legendary Motown hit man Lamont Dozier. Turns out Nakia’s earned himself a few famous fans along the way, including Dozier and Stevie Nicks, who floored him with a red-carpet rave before he could utter his own words of devotion.

Hero encounters aside, Nakia is generally regarded as a super cool, affable guy, one who makes friends as easily as he earns fans.