Not In The Face 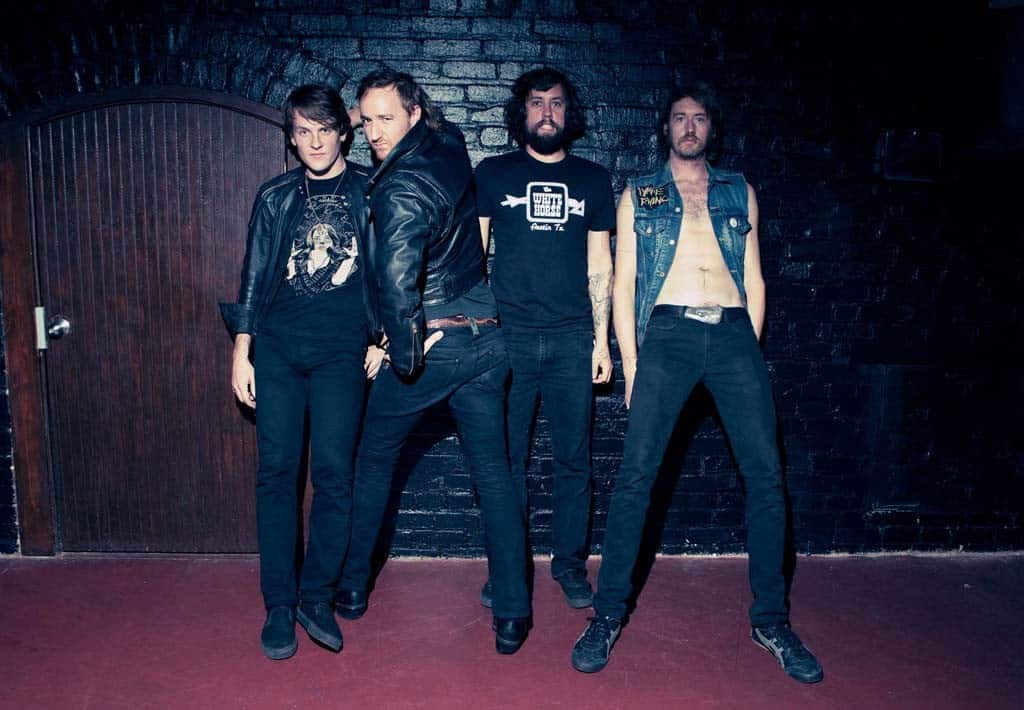 Not In The Face started as a joke. Two friends in Austin, Texas thought it would be funny to start a cover band playing hyperactive renditions of classic R&B, Doo-Wop, and Rock ‘n’ Roll songs. The joke ended when their formula was an unexpected hit.

The original twosome, (singer/guitarist) Jonathan Terrell and (drummer) Wes Cargal, formed the group in 2009. The band’s word-of-mouth reputation earned them a showcase in the SXSW Music Conference, major market U.S. tours and supporting slots with bands like ZZ Top, Guitar Wolf, Black Lips, and David Allen Coe. They released their first LP “Bikini” in 2011 to regional acclaim. KUT radio ranked the record in their Top Ten Albums of 2011.

In 2012, Not In The Face released the 4-song “Walk” EP, which saw the band cranking up the volume even further. The band added firebrand lead guitarist Michael Anthony Gibson the same year. They earned spots in the Fun Fun Fun Festival and national tours with legendary punks X and the Reverend Horton Heat.

In 2013, the band traveled to Vancouver, BC to work with legendary producer Bob Ezrin (Pink Floyd, Alice Cooper, Kiss, Taylor Swift) and co-producer GGGarth Richardson (Rage Against The Machine, The Jesus Lizard, The Melvins, Biffy Clyro). Soon after, the band added bassist/vocalist Ross Dubois to cement their low end.

Not In The Face will perform at the prestigious ACL festival in October. In addition to releasing their new record this spring, the band is also planning national tours and future stints to Europe and beyond.

Check out these press reviews and keep Not In The Face at the top of your “to see” list, you won’t be disappointed!

“Turn up the amps, rock the hell out and everything will be alright… Of the bands I didn’t know going into Riot Fest, Not In The Face was certainly the best”
– Modern American Weekly: Riot Fest 2012 Review

“Every song was fresh, energetic, and kept me interested which is no small feat”
– Examiner.com: Antone’s show review 2012