$260,000 awarded to 20 Austin acts at the Sonic Guild Ball Saturday night as the stage is set for national expansion

Sonic Guild Class of 2022(AUSTIN, TEXAS – Dec. 6, 2022, source: Juice Consulting) – After nine seasons of supporting musicians in Austin, Texas, Seattle, Washington and Colorado, 501(c)3 nonprofit Black Fret is becoming Sonic Guild. With a new name and updated mission to build communities to support the creation and performance of exceptional local music, the stage is set for Sonic Guild to expand to great music cities across the continent. For more on Sonic Guild, see here.

“As we enter our tenth season of supporting local musicians around the country, we have decided to adopt a new identity that more clearly expresses our mission and vision,” said Colin Kendrick, Founder and CEO of Sonic Guild. “We will always be thankful for our origin as Black Fret but are excited that as we become Sonic Guild our message of supporting local music as the art it truly is will be heard nationwide.”

“After launching in Austin in 2013, Seattle in 2020 and Colorado in 2021 and after making over $5 million in direct impact to local music acts and local music businesses, we are ready for people who love their local music across the country to have the opportunity to become a member of Sonic Guild,” said Matt Ott, Co-founder and Chief Marketing Officer of Sonic Guild. “We encourage everyone in Austin, Seattle and Colorado to step up and join. And are excited to bring Sonic Guild chapters to cities across the nation as soon as we can.” 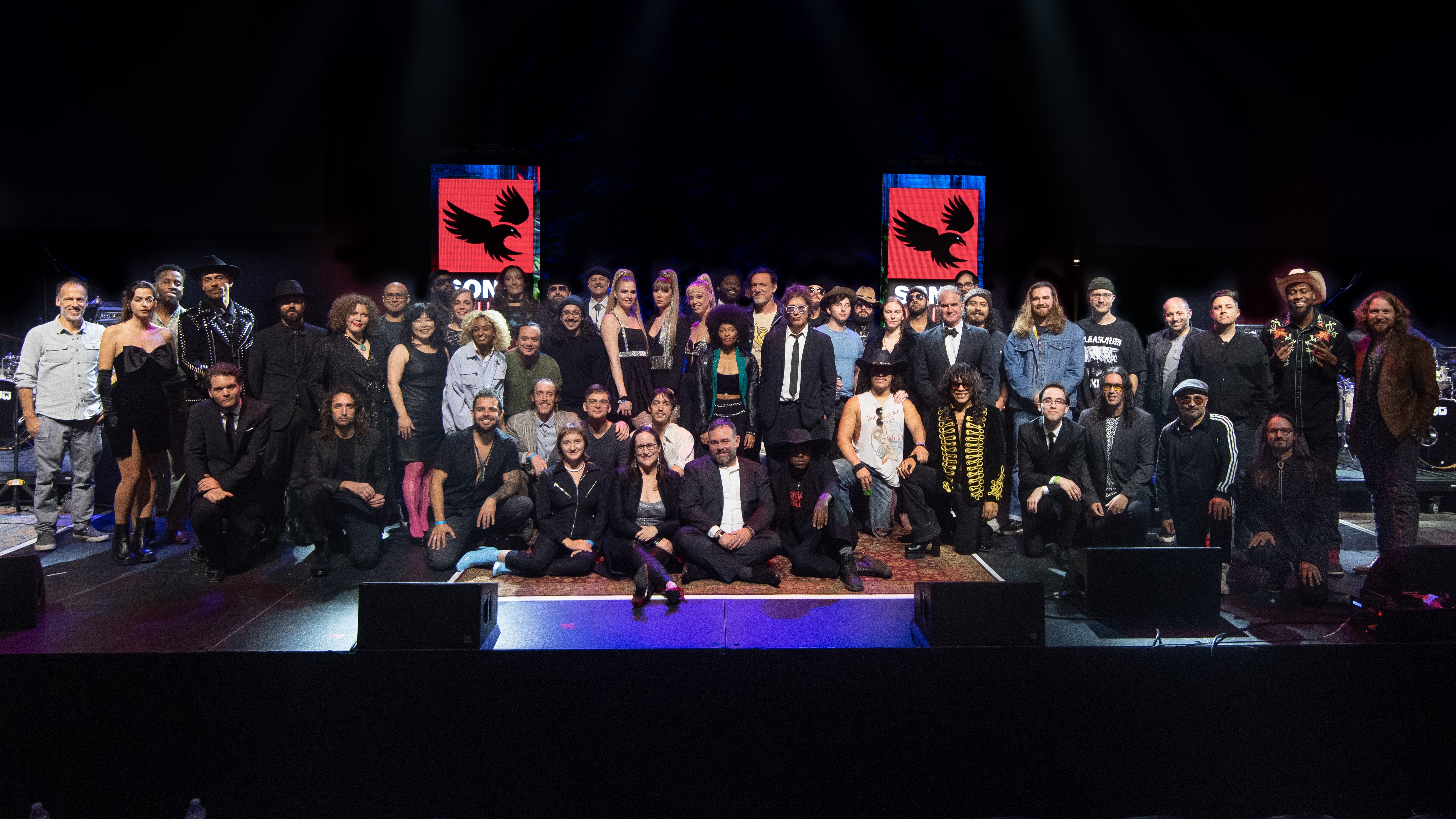 On Saturday night at ACL Live at the Moody Theater, 20 Austin bands received a total of $260,000 in grants, raising the total in grants and direct payments to local musicians helped by Sonic Guild to over $3.5 million dollars. Nine bands received grants of $10,000 each (Aubrey Hays, Daniel Fears, Indoor Creature, Jo James, KVN, Me Nd Adam, Money Chicha, Natalie Price, and Pussy Gilette). 10 bands received grants of $15,000 by virtue of receiving the highest total number of votes from Sonic Guild Members in the annual Grant Allocation vote. Those bands are Abhi the Nomad, Anabelle Chairlegs, Blackillac, Buffalo Nichols, Graham Weber, Mélat, Nik Parr and the Selfless Lovers, Scott Stickland, The Past Lives, and Urban Heat. Natalie Price and Urban Heat were also awarded two days of recording at Orb Studios in Austin, Texas. One artist, Bonnie Whitmore and the Sad Girls, received $20,000 by virtue of being the recipient of both a $10,000 Sonic Guild Grant and a $10,000 grant by being the top vote recipient in the Hopdoddy/Sonic Guild Tuned In Grant Program.

Those interested in assisting with this vision of a national network of Black Fret chapters may reach out to Sonic Guild Co-founder Matt Ott at matt@blackfret.org.

Those who wish to join Sonic Guild in any of our chapters may do so at sonicguild.org/join. With three membership levels of $750 for an individual membership, $1,500 for two or $3,000 for a “party” four-person membership, there are options available for all who truly want to step up to support their local music. Member dues may be made monthly or annually. Members gain the rights to nominate the bands they love as well as vote for the allocation of grant dollars at the end of the season. They are also invited to the dozens of private events held in each chapter every year. Those not ready to join Sonic Guild or those who wish to support the Sonic Guild mission before a chapter exists in their town may donate at www.sonicguild.org.

Founded in 2013, Sonic Guild is a public charity headquartered in Austin whose mission is to build communities to support the creation and performance of extraordinary new music. The organization is an innovative evolution of the age-old symphony patronage model that is focused on supporting popular local music. Together, Sonic Guild’s limited membership has supported musicians with over $3.5 million in grants and direct payments since 2013. In return for annual dues, members enjoy a broad range of private events in a multitude of venues and an incredible annual awards show named the Sonic Guild Ball. Grant recipients are selected annually through a yearlong process where members, advisors and prior grant recipients nominate, lobby for, see performances by and finally vote on their favorite artists. Those who wish to become a member of Sonic Guild can sign up at www.sonicguild.org/join. For inquiries, please email sustain@blackfret.org and for more info see sonicguild.org